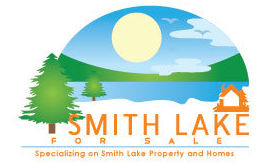 Jasper, named in honor of Sergeant William Jasper, an American Revolutionary War hero, was settled around 1815, but was not incorporated until August 18, 1886.

During the Civil War, Union troops marching toward Selma burned the courthouse and several other buildings in town and raided neighboring farms for supplies.

The first significant growth of the area was realized in 1886, when the Kansas City-Memphis & Birmingham and the Sheffield & Birmingham Railroads were completed through Jasper. The population grew from 200 people in 1886 to more than 3,000 in 1890. In a special edition in 1891, the Mountain Eagle stated there were six coal mines, two sandstone quarries, 400 coke ovens, one foundry and machine shop, two saw mills, one brick works, four hotels, and two banks.

President Franklin Roosevelt visited the town in 1940 to attend a memorial service for his friend and supporter, William Bankhead.